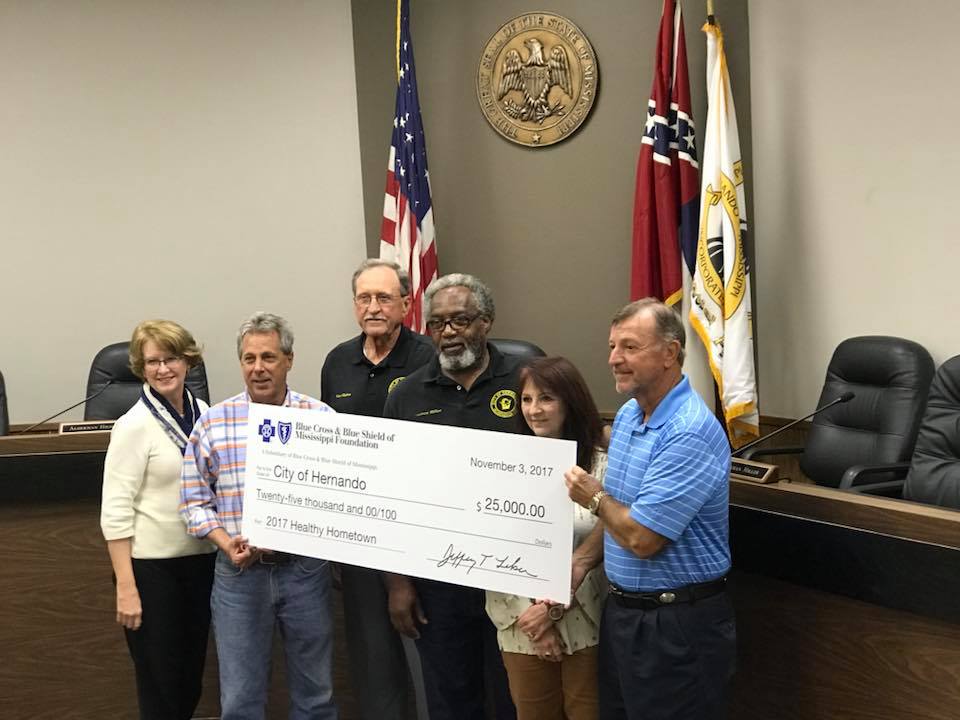 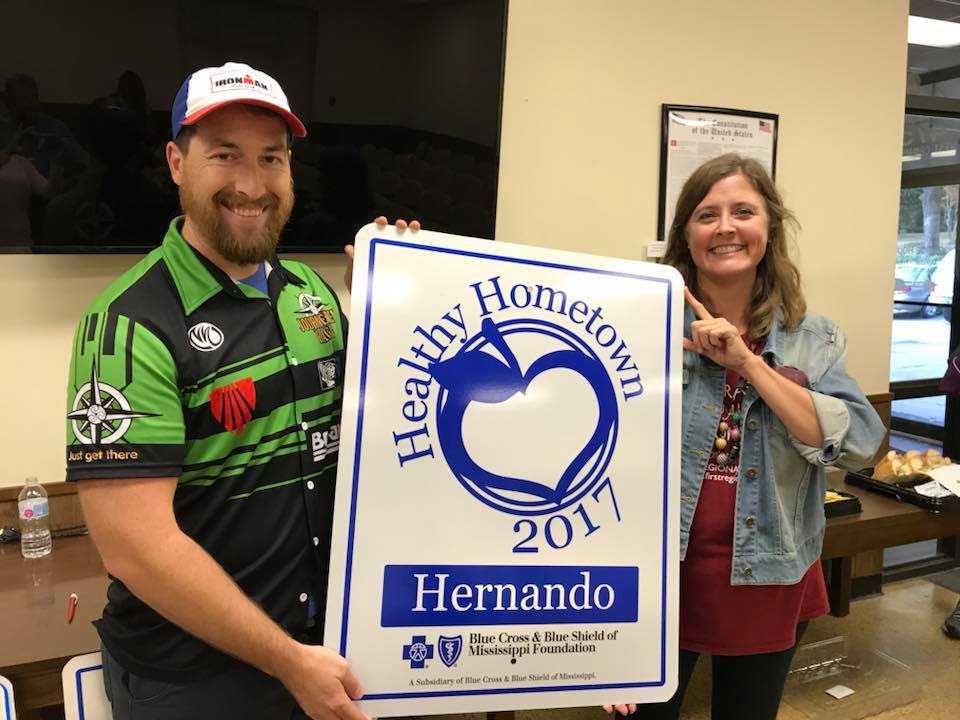 In 2010 The Blue Cross & Blue Shield of Mississippi Foundation named Hernando its first ever "Healthiest Hometown in Mississippi" for demonstrating exemplary leadership and commitment to the health of its citizens. The City of Hernando received a $50,000 grant from the Foundation to support its ongoing health and wellness efforts. Click here to read more.  Since that time, Hernando has received a second Healthy Hometown Award and two Healthy Heroes grants for it's continuing efforts to improve the health of the community.

The Healthy Heroes Initiative, funded by the Blue Cross & Blue Shield of Mississippi Foundation, is working to improve the quality of life for the members of the police force and city employees, as well as encouraging healthy lifestyle habits for children.  Police officers visit local elementary schools each month to teach the importance of healthy eating and physical activity.  The grants funded a new state of the art fitness center at the police department, for city employees to stay active and fit, and a new multi-use trail at Renasant Park.

Hernando has implemented a Complete Streets policy, no-smoking ordinance and mandatory helmet use for youth while bicycling.

The city sponsors an annual 10K race, has held an historic district walking tour, and conducts a Healthy Eating and Active Living program, all to promote a healthy lifestyle. The Parks and Recreation program offers sports, recreational activities and facilities.

Hernando is home to the state's largest and best Farmers Market.  The market is named Mississippi's Favorite Farmers Market by the American Farmland Trust and is the largest open-air market in the state. The market consistently has over 60 vendors selling fresh, local fruits and vegetables, local milk, meat, eggs, honey, soaps and lotions, plants,  knife sharpening services, breads, baked goods, canned and preserved items, and local artisan items, all under the shade of large trees on the historic courthouse lawn. The market accepts credit cards, SNAP/EBT,  as well as FMNP vouchers for seniors and WIC recipients.

The city has eleven times been named a "Playful City USA".

Hernando is a well-planned community that requires land developers to install sidewalks in all new and redeveloping areas, including residential, commercial and industrial areas. The city has striped bike lanes and signage promoting safe cycling. Developers also must donate a minimum of 10% of the land they are urbanizing to open space/parks. Other development policies, like a requirement for connected streets, helps make the city more walkable and bikable. The city's design standards, both those in the historic districts and citywide, make the community safer and more attractive, further increasing the possibility that citizens will walk and bike.

Hernando has the only Bicycle Club in the county with over 100 members and partners with the city to hold a "Ride of Silence" to bring attention to deaths and injuries as the result of bike/auto accidents and sponsors an annual Bike to Work day. The city received an honorable mention as a Bike Friendly Community from the National League of Bicyclists.

The city participates in the county's Greenways program as well as the North Mississippi Land Trust, working to insure that there is more walking and biking infrastructure in the county, as well as conserving land for its ecosystem values (including land for growing food and keeping mature tree canopy for shade and trees for cleaner air and water).
Hernando has a Safe Routes to School program to encourage walking and biking to school, by building new sidewalks and educating the public.

The city is working with the local school district to fashion joint use agreements, providing more recreational space without increasing the tax burden with duplicative facilities.

Hernando was featured in a video used to announce the national County Health Rankings and Roadmap findings. The rankings are a collaboration of the Robert Wood Johnson Foundation and the University of Wisconsin Public Health Institute. Communities use the rankings to educate themselves on what's shaping health where they live.